What can woodworkers create for your home

In today’s design world, we see many replicas of midcentury modern furniture on the market, but the real deal is still extremely popular (and valuable!), too.

What Is Midcentury Modern Style?

This term refers to the dominant furnishings of the mid-20th century—simple, functional wooden pieces made from teak and curved designs reigned supreme. “Midcentury modern design evolved in response to a post-World War II environment,” designer Liza Kuhn explains. “Designers and architects were eager to develop new ideas that married the mass production and technology invented during the first half of the 20th century with a more optimistic outlook for the future.”

As you probably guessed, midcentury modern style originated during the middle of the 20th century and embodied the needs and wants of the population of that time. “Midcentury modern design is rooted in functionality, clean lines, and simplicity, which reflected the world at that time,” designer Amanda Thompson explains. “Homes were more linear, focused on maintaining a nuclear family unit and as such, the furniture design echoed this environment.”

Unlike frillier pieces or those filled with ornate detailing, midcentury modern furniture is much more straightforward in nature. “The need and desire for functional, simplistic furniture and decor in our homes was a rebellion against the ornate traditions from decades before, and a way for families to embrace a more modern, organic way of living,” designer Eleanor Trepte comments.

Most authentic midcentury modern furniture is made from teak. “Teak was preferred for its richness in color and durability,” designer Rozit Arditi explains. “Rosewood and oak were the other commonly used woods, mostly in case pieces like tables, desks, and storage cabinets.”

But wood was by no means the only material present in the creation of midcentury modern pieces. “Materials were critical to mid century design,” Thompson notes. “We saw a lot of wood, metal, glass, and vinyl, often used in tension with each other to create a unique look.” These materials were often used to create furnishings in curved shapes. “The famous Eames chair is a hallmark of this look,” Trepte shares. “Other unique shapes took hold through curved and almost round sofas, odd shaped coffee tables, and even geometric shapes that felt angular and clean.”

Color was also a major component of midcentury style. “We saw the use of color in ways we didn’t see before, often either as a bold accent or as a way to make a piece of furniture stand out singularly in a room,” Thompson says.

As noted earlier, midcentury modern style celebrated functionality, and this is still a key tenant when decorating homes of the 21st century. “I appreciate the rise of multi-purpose furniture, which was adopted in this design ethos and is something we still promote as designers today,” designer Becky Shea says. “Every piece serves a purpose and beyond, casting shadows on the days where rooms were beholden to being used once a year for a special occasion due to their ornate, elaborate design.”

When decorating with midcentury modern furniture, you will want to really let these wooden pieces shine. “Make sure the woods you select work together, and do not contrast each other,” Arditi explains. “If you have a teak MCM piece, don’t bring in ebony or zebra wood in the room—they will clash.”

Additionally, keep in mind that the furniture pieces of yesteryear were not made to accommodate today’s households, Arditi notes. While many people enjoy using midcentury modern credenzas as TV stands, for example, pieces that weren’t constructed explicitly for this purpose may be somewhat imperfect. “Understand that the case pieces were made decades ago and people’s needs were different,” Arditi comments. “Not all your tech equipment can fit in the sideboards or the bookcases.”

Finally, you’ll want to strike the right balance when it comes to incorporating MCM pieces into your space. “Pick and choose,” Thompson urges. “You want your home to feel modern, not like a museum of the 1960s. An Eames chair or a glass topped table with chrome legs can contrast nicely against a more textural rug, industrial-style cabinet or transitional couch.” Additionally, Thompson states, “Don’t forget function!” Your home certainly shouldn’t resemble a museum, but it also shouldn’t act as one! Thompson adds, “The entire heart of the MCM movement lies in function so if you acquire gorgeous antique MCM chairs, for instance, make sure they are sturdy enough to handle daily use!” 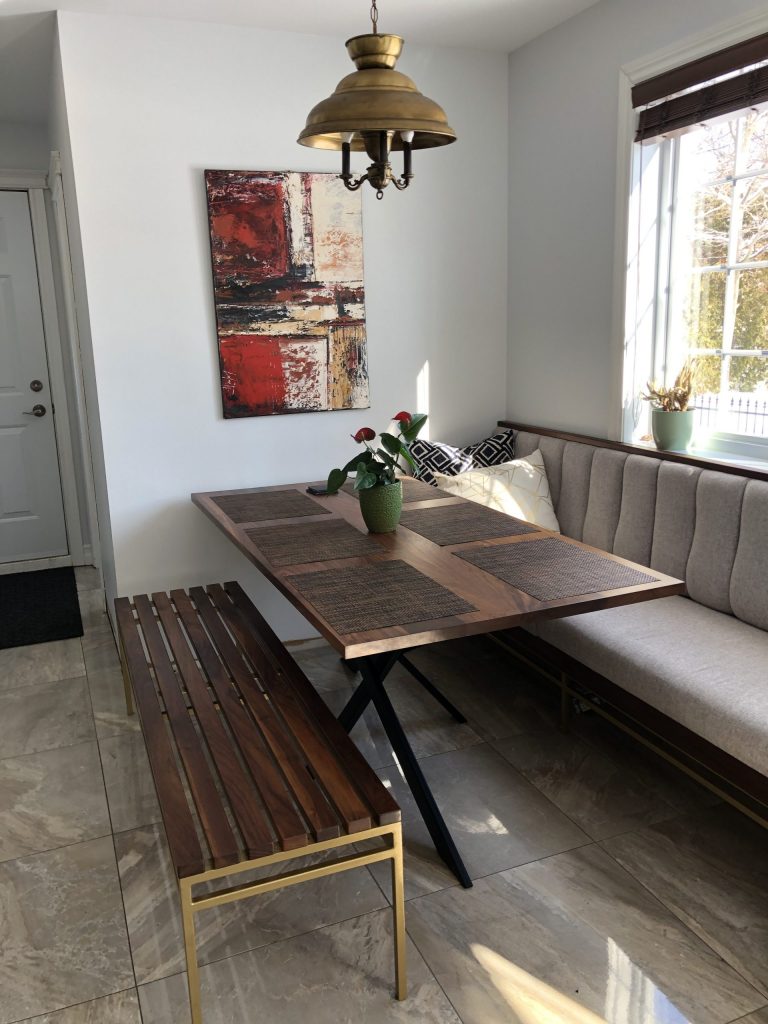 What is Mid-Century Modern Style